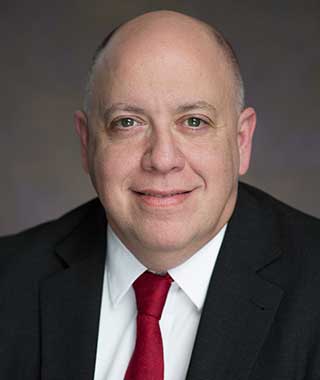 Attorney Eric J. Rosenberg, a Northwestern University Phi Beta Kappa graduate (B.A.) in 1987, had a long and successful career in real estate finance before deciding, in more recent years, to follow his lifelong dream, which was to embark upon a legal career. He earned his law degree from Wayne State University at night while working by day. Prior to coming to Wigod & Falzon, P.C., Eric’s practice has focused primarily on representing clients in automobile no-fault and negligence cases, as well as medical malpractice and employment law.

Eric, in his role as litigation attorney at Wigod & Falzon, P.C. focuses upon the representation of clients harmed due to legal difficulties following accidents involving clients who are in automobiles, trucks, motorcycles, bicyclists, walking or unfortunate passers by. He manages his cases from initial lawsuit filing to post-verdict matters. He has a strong track record of producing strong results for his clients.

Notably, Eric demonstrates a keen ability to review, digest, and understand difficult and complex case documentation and evidence, which often is essential to the types of cases that he encounters. This is particularly important in the understanding, synthesizing and utilization of medical records, in multiple party cases, and in insurance coverage disputes. Eric is a professional and zealous advocate for the interests of his clients, and does not flinch if protecting his client means litigating a matter involving a government entity, a powerful private company, or anyone else who has wronged his client. He believes that a client done wrong is entitled to strong representation.

Eric is admitted in both U.S. District Courts for the State of Michigan, the United States Sixth Circuit Court of Appeals, and of course Michigan courts as well. He is a member of the Oakland County Bar Association.